Conference Gender & IT'18 and GEWINN symposia in Heilbronn: a complete success! 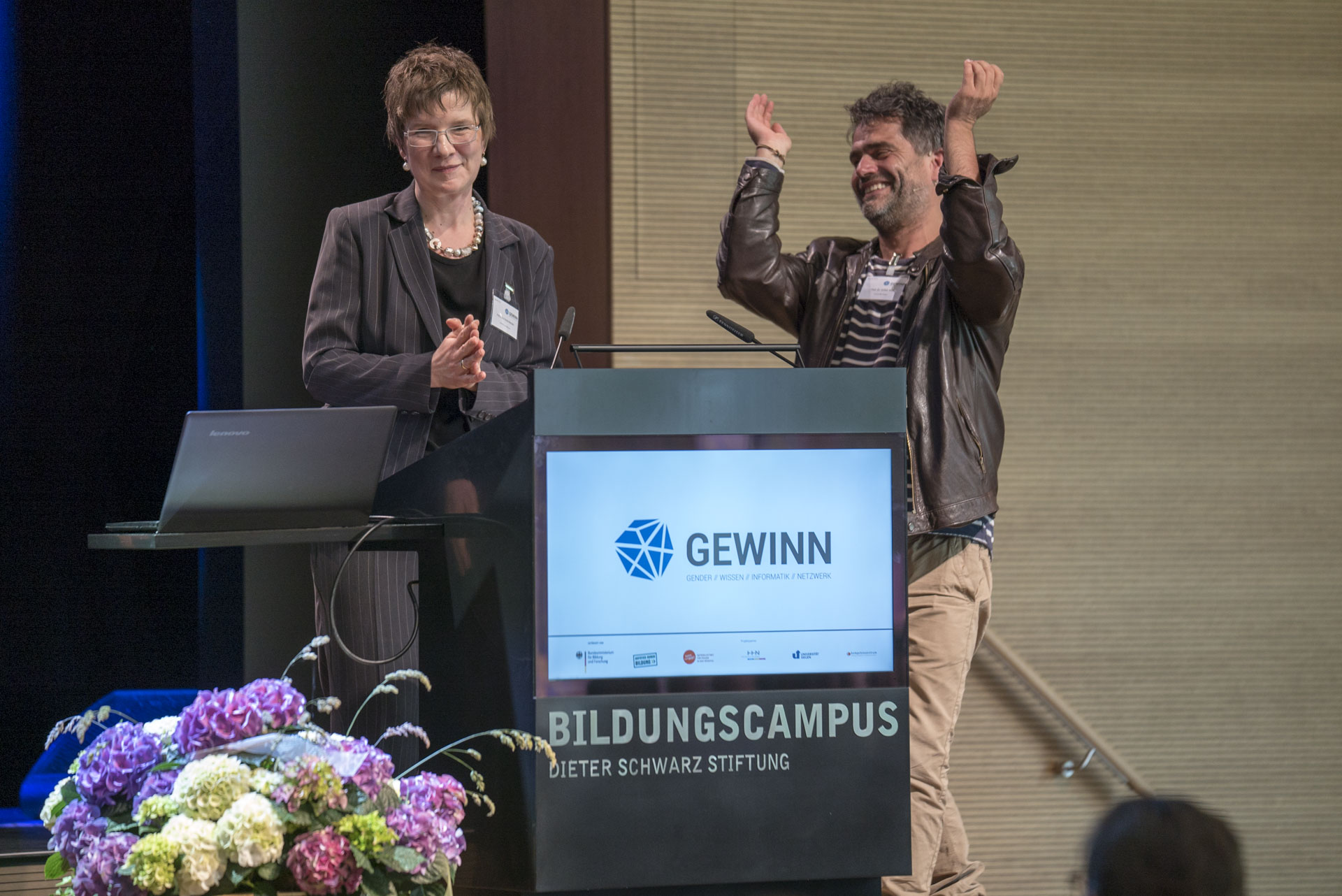 At the GEWINN conference GenderIT 2018 which was held on May 2018, 14th-15th the current international state of research about gender and IT was presented and discussed. We welcomed about 150 researchers of science and technology studies, gender studies and computer science to present their work and exchange experiences in Heilbronn, Germany. What is the role of gender in automative engineering, how are gender stereotypes influencing mental models of computer science, and how do gender stereotypes shape games? Which influence does gender have on IT trainings and education, and which benefits and challenges do companies face when participating in a Living Lab in the gender and IT context? These are few examples of questions which were explored in the talks.

After opening speeches by Nicola Marsden (Conference Chair), Raoul Zöllner (Prorector Heilbronn University) and Christine Regitz (SAP SE), the first Keynote was held by Karen Holtzblatt. In her amazing talk she pointed out which factors influence work experiences of women in technology. She presented results of the WIT Retention project, which offer explanations why women stay or leave their work places in technology companies. Only in understanding these factors and changing them into recommended action more women will retain in leadership and IT.

The following tightly packed agenda offered the participants about 40 talks in eight sessions and three poster sessions. Further examples for topics are Influence of doctoral students from China and India on the masculinized culture of German computer science, gender stereotyping of humanoid social robots as well as how does gender stereotyping limits access to virtual reality.

At the end of the conference Volker Wulf, University of Siegen, held the final keynote. In his talk, he introduced grounded design as a basic research framework for designing IT artefacts amongst others and pointed out the gender aspects in this research context. he furthermore introduced a cluster of projects which were conducted in a neighborhood in Dortmund to exemplary reflect gender aspects more in depth.

The Proceedings are published in the ACM DL Digital Library, download here:
Proceedings of the 4th Conference on Gender & IT

On the following symposia “Organizational cultures in IT” we welcomed 50 participants from science, companies and institutions to get together for an exchange of knowledge from research to practice and vice versa. In her opening speech, Bianca Prietl from TU Darmstadt pointed out how ambivalent the job and gender concepts of young (male and female) software developers are. She showed that for example social skills are negated for the job concept but at the same time are needed in the experience of everyday working life.

After the Keynote the participants had the opportunity to discuss in six Workshops topics like finding women for technology companies, networking possibilities for women in IT, and how design thinking influences gender aspects in organizations.